We’ve been going non-stop in Virginia so I haven’t had much time to sit down and write. Sorry about that. Our first trip is almost finished so I thought it would be good to share some highlights of our time here so far.

The weather has been beautiful, albeit very humid which is not a good look for me. On the upside, though, rain just dumps on you and then it’s gone which is a nice little cool down refresher amidst all this humidity. Except for the one night in Virginia Beach where we decided to eat at a place called Abbey Road (which had 101 Beers From Around the World on tap!). They were so sweet about allowing Baxter to dine with us on the patio (we had a hard time with that) and as we sat outside a huge storm moved through, dumping bucketloads of rain, and in true dinner and a show fashion: a sky full of lighting and surround sound thunder. It was amazing and luckily we had more than enough beers to sample while we waited it all out. My favorite was Legend Brown Ale brewed in Richmond. I’d recommend it if you’re a fan of Newcastle – it tastes of toasted nuts, caramel and molasses. Good stuff.

We’ve been driving a lot, in fact we’ve been up and down the state twice now. One thing that makes me smile is on the interstate you see signs that say “Church, turn right.” It’s nice to know you can pull in over for a prayer just as much as you can for fast food.

Because of all the wet weather, Virginia is full of lush green plants. We went for a great hike along the James River Park system one day and rock hopping the next at a really neat place nearby called Pony Pasture. The water flowed gently down stream, the rocks were large and flat so families and couples picked one to lay out a picnic, sunbathe, and listen to some tunes in between frolicking in the water. We had to keep Baxter on his leash because he likes to run (sometimes a little too far away) but he went crazy leaping from rock to rock, splashing around, biting some small rapids, and chasing ducks. We loved it.

Down in Virginia Beach we spent one day at the beach, sneaking Baxter on the sand as dogs aren’t allowed between Memorial Day and Labor Day (bummer). The water was warm and pleasant and Baxter, having discovered elusive and mysterious sand crabs only a few days earlier, went crazy digging in the sand and burying his own head in the holes he had just dug. So funny to watch! He still isn’t fond of swimming or waves but we carried him out there and he seemed to be getting more comfortable. Hopefully he’ll be better when we are in Havasu next. At night the boardwalk comes alive with really entertaining street performers and lively crowds. We learned the city of Virginia Beach pays performers so that visitors aren’t asked for tips or hassled by scam artists. It’s a very family-friendly destination and Baxter hammed it up getting lots of affection from passersby. Mumbles and I even met our east coast doppelgänger couple, complete with a girl version of Baxter!

We’ve spent a lot of time in Starbucks. And in the hotel lobby. Looking forward to being home and cooking fresh meals, sleeping in our own bed (let’s just say we bought new sheets to put on the bed in one hotel we stayed in), and celebrating the upcoming nuptials of three sets of friends this August as the Year of the Wedding continues, and the arrival of BFOTB’s precious little miss!

Hope you are enjoying some fun adventures too this summer! 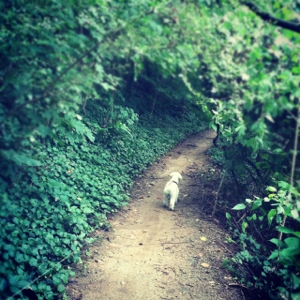 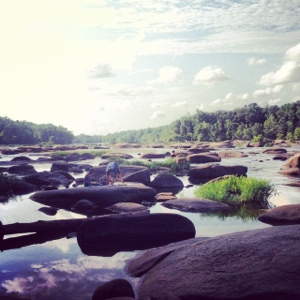 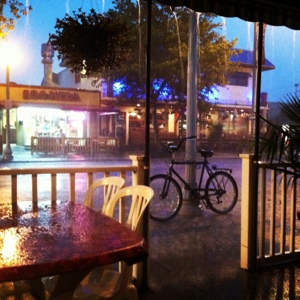 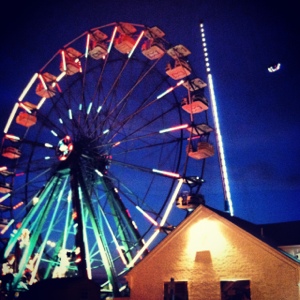 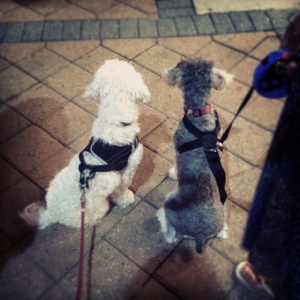 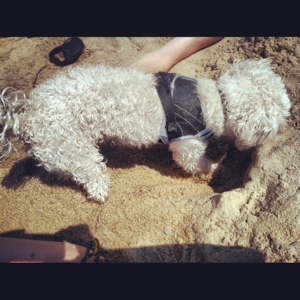 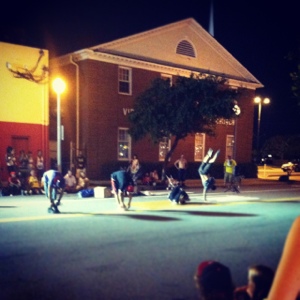