Do you use deodorant? Of course you do. But is your deodorant just a deodorant or also an antiperspirant? I’ve always used an antiperspirant because, well, I’ve not wanted to be dripping with sweat all day. But a little light went off in my brain the other day when I read this beauty profile of Erica of The Mama Circle and she mentioned that anti-perspirant includes aluminum as the active ingredient, which is a super scary thing to be putting on your skin and seeping into your blood and the rest of your body (especially for nursing moms because your breast tissues extends in to your underarms). Say what?!  Add that to the long column of things we need to worry about.

So I tried one of the ones Erica recommended – Lavanila. Despite its lovely name and the promise of a soothing vanilla scent, it was awful. Just horrible. To me, it smelled like bug spray as soon as I opened the cap and by noon I could smell that fake perfume swirled with body odor amplified in a horrible way, even worse I’d say than it would have been if I simply hadn’t worn anything. Woof.  There are a few other natural deodorants out there that some people swear by. Like this one, this one, and this one. Clearly this is an issue that resonated with more than just me because not too long after that beauty profile, A Cup of Jo editor Caroline did a “Do I Smell Funny?” Natural Deodorant Challenge (kudos to her).  But she gave the Lavanila four out of five stars so maybe what works for one doesn’t work for others. I’m still not sure.  Perhaps I should just start stealing Mumbles’ every morning – after all, it seems to be working just fine for him and he can only use deodorant (not antiperspirant) due to some kidney issues. I’m not above putting some Old Spice under my arms every morning. I’ll smell like hunky man and it’ll be fabulous.

Before shelling out any more dough, I may just try Erica’s easy peasy DIY for deodorant, found here.  (Apparently it’s a common DIY, all-natural recipe because it was also posted on Babyccino Kids a while back…tried and true, fingers crossed?!). 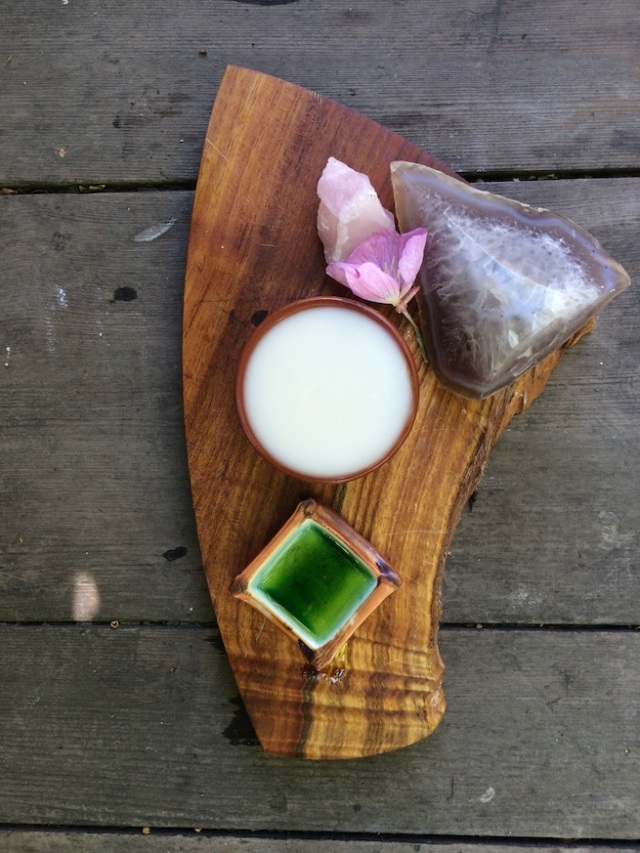 Do you use an all-natural deodorant you can recommend?

P.S. “Do Any of These Hippie Deodorants Work?“